During the Fall of 2012, Dr. Jane Wolfson of Towson University brought her senior environmental science class to ACCE.  They wanted their capstone project to be an energy amd efficiency analysis of ACCE.  The seniors came out to ACCE frequently. During these times they interviewed and worked with the Green Team in the garden and surveyed the school. They presented a survey that they had developed to determine how much students
know about what can be recycled and how.  They distributed copies to the teachers to be filled out by each student.  The results were tabulated by Towson students and included in their report.The results of their research was comprehensive and extremely useful since ACCE is in the first group of schools that will be renovated from the block grant bill to transform  city schools.  Their suggestions will be utilized to make ACCE a more energy efficient school.

On October 4, 2012 Dr. Wolfson's Environmental Science class came to ACCE to conduct interviews with the students of ACCE. Space was secured for them outside the cafeteria so they could easily interview students.  The Science team offered students extra credit for students that talked with the Towson students.  ACCE administrators assisted to make sure the process went smoothly. Results of the interviews were as follows:

Every Science teacher took classroom time to pass out recycling surveys created by the Towson students for their capstone project.  The goal of the survey was to find out what knowledge the students had about what materials  were recyclable. 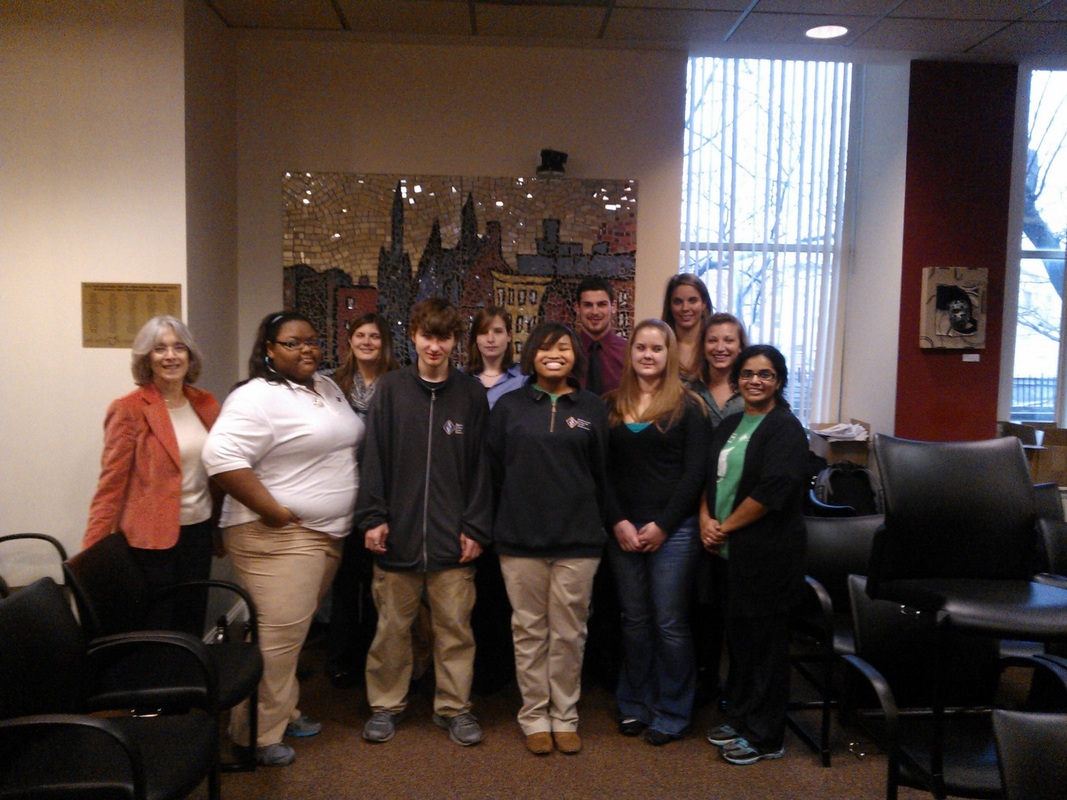 Dr. Wolfson's class presented their findings at a poster presentation at BCPSS Headquarters on December 17, 2012. Ms. Mathew and several students from the ACCE Green Team came out to support their efforts. Their report is at the link below:
http://www.towson.edu/ess/documents/FINALPAPER.pdf